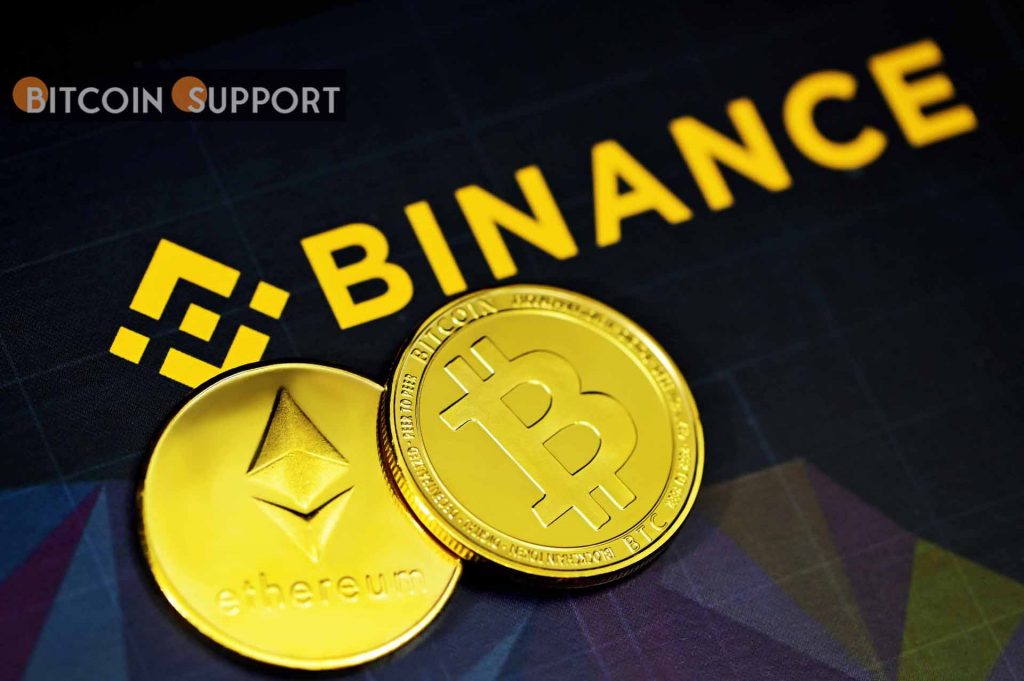 On-chain data indicates that Binance’s Bitcoin domination has increased significantly over the last couple of years, with the crypto exchange now controlling more than 22% of the total reserve.

According to Glassnode’s most recent weekly report, the crypto exchange now controls 22% of the overall exchange reserve, a sizable sum.

The term “all exchanges reserve” refers to the total amount of Bitcoin stored in the wallets of all centralized cryptocurrency exchanges.

The term “BTC domination” refers to an exchange’s percentage share of the total reserve held by all exchanges.

Binance is currently the top cryptocurrency exchange by market capitalization; the following chart illustrates how its Bitcoin dominance has developed over the previous few years: 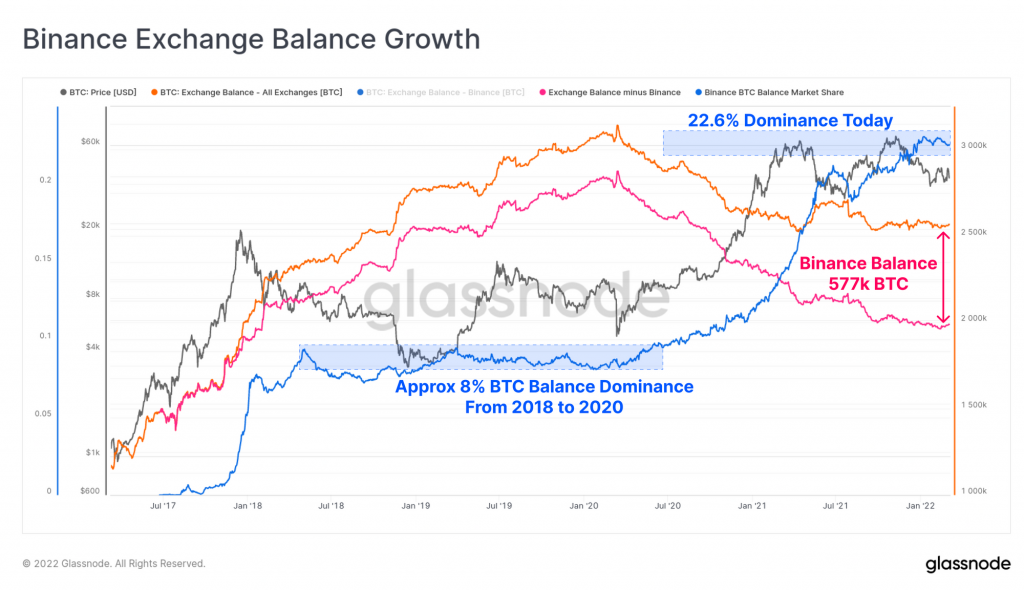 As shown in the following graph, Binance’s Bitcoin dominance used to be approximately 8% between 2018 and 2020. However, in the last couple of years, the exchange’s dominance has risen sharply.

The cryptocurrency exchange’s BTC balance has increased to 22.6 percent of the overall exchange supply, which equates to approximately 577k BTC today.

Apart from Binance, three other large exchanges saw growth over the period. To be specific, FTX, Bitfinex, and Bittrex.

However, some famous exchanges such as Coinbase, Gemini, Huobi, and Kraken have seen their dominance dwindle over the last two years.

Huobi’s slide has been the most dramatic of all them, falling from over 400k BTC in March 2020 to barely 12.3k BTC at the time of writing.

According to the analysis, half of this reduction appears to be the result of China’s crackdown on Bitcoin mining.

Bitcoin’s price is hovering around $38.9k at the time of writing, down 10% in the last seven days. The cryptocurrency has lost 11% of its value in the last month.

The chart below illustrates the cryptocurrency’s price trend over the previous five days. 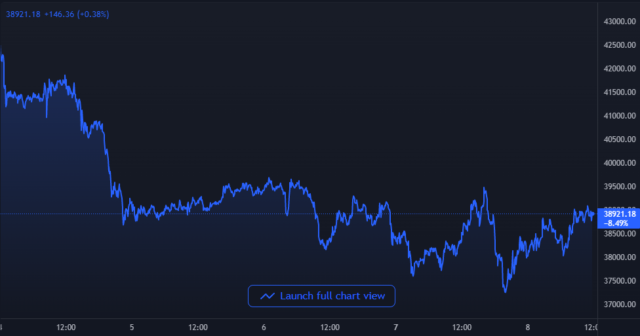 Bitcoin’s price took a dive a few days ago, but has since consolidated sideways. At the time, it is unknown when the coin’s value will break out of this range or in which direction it will do so.

However, given the macro uncertainty looming over the market as a result of Russia’s invasion of Ukraine, the indicators are not favorable for crypto.