The most recent development allows users to track popular tokens across a wide range of blockchain ecosystems with impressive tracking numbers.

Binance has announced the launch of a High-Yield Center, which will give investors a chance to earn huge APRs (APY).

On February 17, Binance tweeted about the new feature, along with a blog that explained what it could do for people who used it. As a result, people who use the platform will be able to put their AXS and SHIB tokens to work for them. They can also put their VET tokens to work for them, as well as their AVAX tokens. When users stake their VET, they can earn 7.32 percent. When they stake AXS, they can earn 104.62 percent, which is more than double. 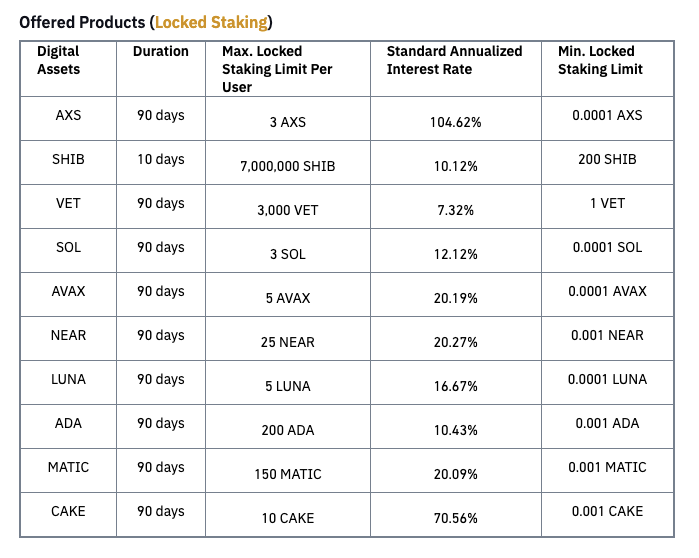 All of the assets, except for SHIB (10 days), are locked for 90 days. When the platform opened on February 17, it was giving these prices on a first-come, first-served basis. According to Binance’s announcement page, users can choose to get their money back early. At that point, the principal will be returned to the spot account, and the interest that was distributed will be taken from the refunded principal.

Staking is becoming more and more popular as a way for people to make money without having to do anything. With a lot of new people buying crypto, rates that are much higher than what traditional banks can usually offer are very appealing to people.

One of the things that people like about the Binance platform is that it has a lot of different ways to stake money. With a simple set up, it’s perfect for a new crypto user who wants to start making money on their assets without having to do anything.