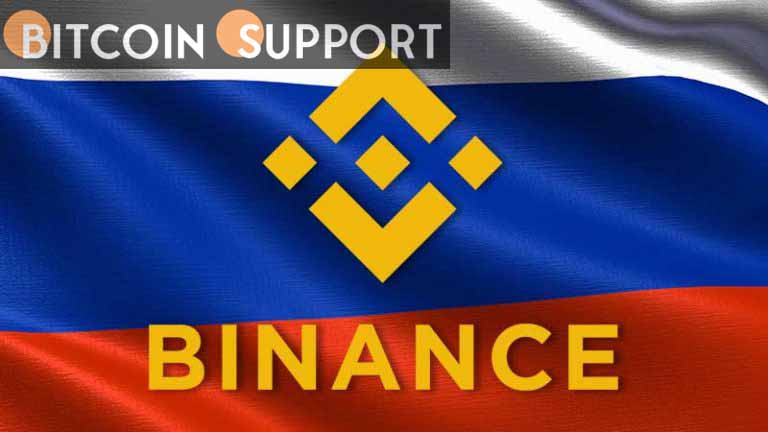 The crypto exchange Binance has joined the Association of Russian Banks (ARB), where its head for Russia and the CIS (Commonwealth of Independent States) will head a new department called “Crypto.”

According to Prime, the crypto exchange has sent out a press release about this to a lot of Russian media outlets. It says that its Russia and CIS head, Olga Goncharova, will head the ARB’s new Expert Center for Digital Financial Assets and Digital Currencies (literal translation).

People who join the exchange will be able to talk with government officials, legislators, and experts in the field of digital financial assets and virtual currencies.

People who join the “Expert Center” will be able to get “expert and analytical materials” on crypto, as well as “international experience.” The centre will also help people compile “professional opinions on the circulation of digital financial assets and digital currencies.”

It will also talk with “federal authorities and legislators.”

There are “prospects” for new regulations that could help the exchange’s business, Reuters said last month.

Eastern European Director Gleb Kostarev was quoted as saying that Binance “hopes for a progressive regulatory approach from Russia that could have an impact on the way its neighbours approach the same thing.”

“Our goal is to obtain a license and conduct legal business where the regulation allows.”

Russian banking group ARB was formed in 1991. It is the country’s largest group of banks. In total, it has 240 members, but because of a controversy in 2017, it no longer includes the country’s eight biggest banks, like Sberbank and VTB.

VP Anatoly Kozlachkov was quoted by the ARB in its own statement on the matter. He said:

“We have extensive experience with interacting with Russian regulators, representing the interests of the banking community. We want to take a more active position on the issue [of crypto] and contribute to the development of balanced regulation. We will take into account the interests of the market and ensure the protection of Russian citizens from [fraud].”

In addition, the body said that the Russian “banking community” can’t stay out of the conversation about how to regulate “the flow of digital assets.”

Also, the ARB has told Izvestia it will not have a problem with the crypto-related measures that the Ministry of Finance wants to put in a draught crypto regulation bill that will be released today.

It said that it had talked to several banks, including the “big eight,” and none of them said that the measures were bad. These measures want to set up a system where all crypto transactions are made on banking platforms, where they can be checked for tax evasion and money laundering.

Similar rules are in place in South Korea, where crypto exchanges must make their own deals with banks. While banks are required to accept all financial risks in the East Asian country, this may not be true in the proposed Russian system. However, this may not be the case.

Russian banks and other experts said it could take “several months” to build a system like this, and some said that the cost of building technology platforms would likely be paid for by people who use crypto. Banks, on the other hand, seemed optimistic about their chances of being adopted.

There is still a way to go before Russia’s crypto D-Day is off to the best of starts, though. There have been disagreements between the Finance Ministry and the Central Bank, which is still pushing for a crypto ban. This could stop a push to regulate the industry in the next few months, and it could still make D-Day into a damp squib.

When the ministry said today would be a good time to show off their new bill, the Russian cabinet hadn’t even seen the draught crypto law as of February 17.

The press service for the cabinet told Tass yesterday:

“[The document] has not yet been submitted.”