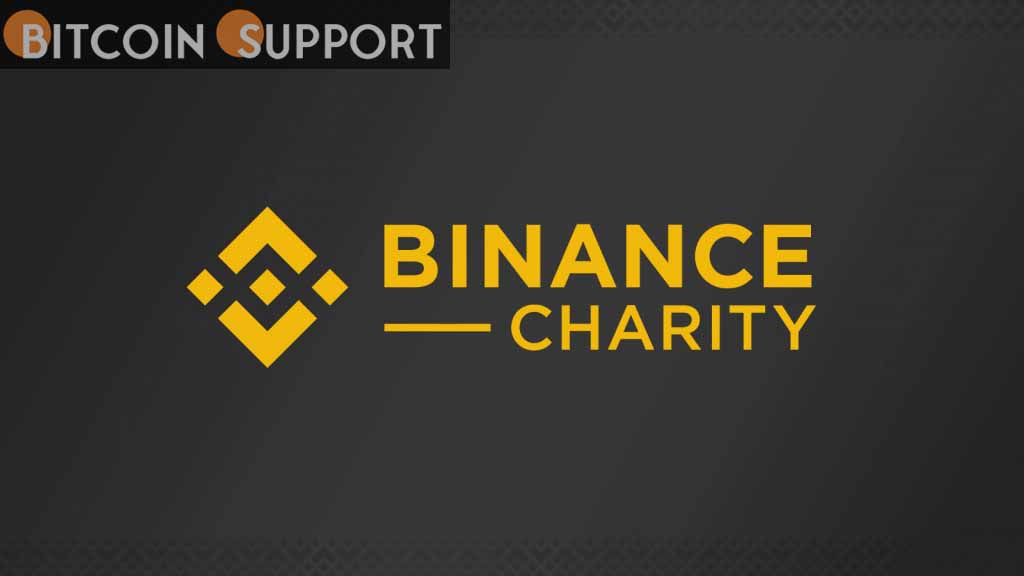 Binance Charity is the driving force behind the cryptocurrency community’s assistance to needy Ukrainian villages.

Binance is at the forefront of cryptocurrency support for humanity.

Binance Charity is still committed to assisting impoverished countries. Recently, the non-profit organization founded for charity giving has emerged as the leader in crypto donations. Binance has vowed to aid families and children in Ukraine as a result of the current Russian assault.

The violence has caused misery among Ukrainian civilians, and Binance Charity has invited people to donate to aid. The group started a relief fund initiative in Ukraine to protect children, refugees, and internally displaced persons. Binance Charity joined with Unicef after pledging a $10 million gift to the ongoing Ukraine situation.

“At least $2.5M of our $10M donation is going to support @UNICEF – providing emergency relief to children and their families during this heartbreaking time,” Binance Charity tweeted its support for UNICEF on March 2.

As the crisis in Ukraine worsens, UNICEF provides water, educational programs, and health care to children. Binance Charity’s assistance would go a long way in facilitating UNICEF’s aid. Currently, neither nation’s conflict appears to be ending anytime soon, but Binance is doing everything it can to promote Crypto support for humanity.

On March 1, Binance Charity took to Twitter to thank the crypto community for its assistance to victims of the ongoing war. Protocols such as DeRace NFT, DEXTools, DAO Maker, Marketmaker.io, and others have banded together to support Binance’s humanitarian efforts. 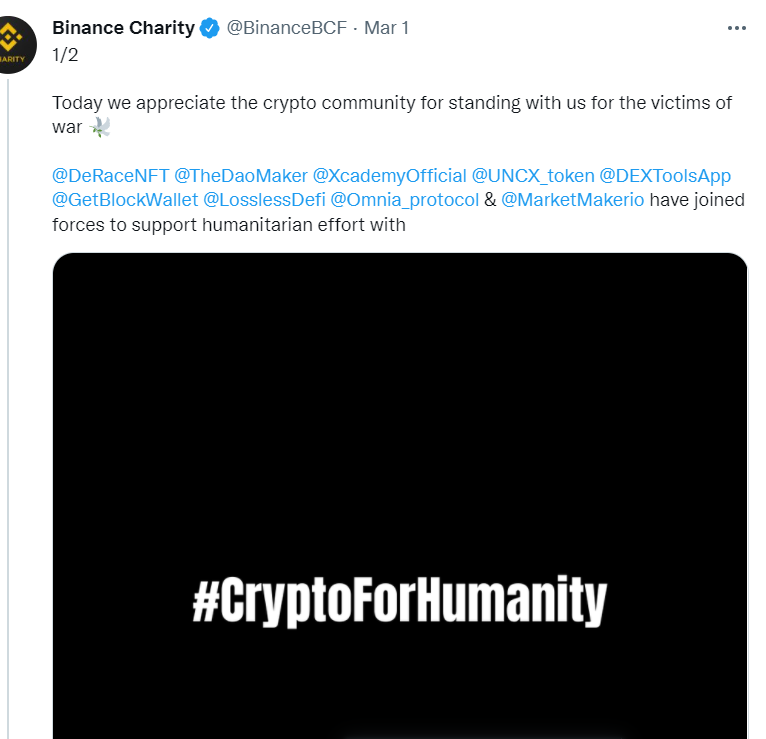 According to Aljazeera’s March 3 broadcast, nearly 1 million people have fled Ukraine since the crisis began. Donations from the cryptocurrency community will give instant aid to the remaining Ukrainians. As a result, Binance urged the community to continue making donations to Ukraine.