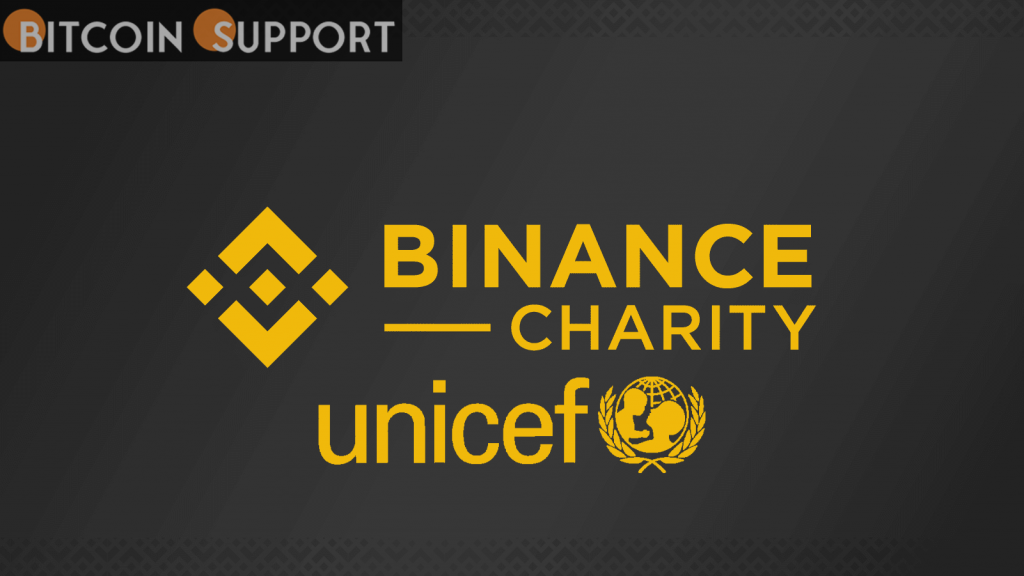 Binance Charity has pledged to donate $2.5 million in bitcoin to support Unicef’s humanitarian efforts in Ukraine. The announcement comes as the ongoing military conflict with invading Russian forces continues to endanger an increasing number of children.

Unicef to Use Donated Cryptocurrency to Fund Activities in Ukraine

The Binance Charity Foundation announced a bitcoin donation of $2.5 million to the United Nations Children’s Fund (Unicef). The funds will be used to support the organization’s operations in Ukraine, where conflicts with Russia are rising and endangering an increasing number of children and their parents.

“Humanitarian needs are growing at a breakneck pace,” Unicef stated in a statement. “Many children are badly scarred by the violence that they witness on a daily basis. Hundreds of thousands of people are on the move, and families have been split,” the charity added.

Unicef highlighted that the cryptocurrency donation comes at a time when the organisation is looking to expand its operations in Ukraine and neighbouring countries that accept refugees. The objective is to reach every child in need of protection, which is approximately 7.5 million in Ukraine.

The group is currently focused on ensuring access to safe drinking water and healthcare, particularly in areas next to conflict zones. The Children’s Fund collaborates with local governments to give emergency assistance to families in need, as well as child protection and psychosocial support.

“We rely on the generosity and support of the global corporate community to help Unicef and our partners reach children and their families whose lives and futures are at risk,” Carla Hadid Mardini, Director of Unicef’s Private Fundraising and Partnerships Division in Geneva, stated. She expressed gratitude to Binance Charity for its assistance.

Binance, the world’s largest cryptocurrency exchange, announced a series of humanitarian initiatives and a $10 million commitment to the Ukrainian people last week. Through its Luxembourg Committee, Binance Charity has been collaborating with Unicef.

Changpeng Zhao, founder and CEO of Binance, stated that the rate at which the Ukrainian war is unfolding has startled the globe. He also lauded the Binance community’s work with Unicef.

Unicef launched a crypto fund in 2019, becoming the first United Nations organisation to accept and distribute cryptocurrencies to promote projects benefiting children worldwide. In 2020, it will also supply entrepreneurs with crypto investment capital.

Ukraine has been raising cash in a variety of cryptocurrencies since February, when Russia launched its military attack. Kyiv authorities and non-governmental organisations have used cryptocurrency donations to fund defence activities and humanitarian efforts.