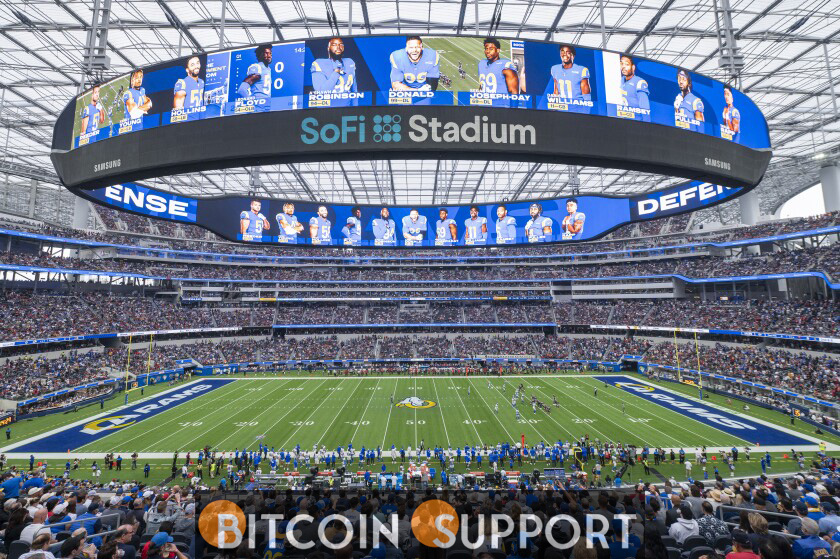 FTX and Crypto.com will run advertisements during Sunday’s football game.

This year, some 30-second Super Bowl commercials sold for $7 million.

Crypto exchanges are making their Super Bowl ad debuts at an inopportune time.

When prices are skyrocketing, it can be simple to recruit new users. It’s a little more difficult now that tokens like Bitcoin and Ethereum have lost some traction, with the latter now down 35% from all-time highs.

FTX Trading Ltd. and Crypto.com are still scheduled to run advertisements during the Los Angeles Rams vs. Cincinnati Bengals game on Sunday, which is expected to draw more than 100 million viewers.

A Super Bowl commercial can catapult a brand into the mainstream consciousness, which could help exchanges boost crypto adoption after a painful downturn that has made even some of the most ardent supporters wary of a potential bear market. A surge in new users following the game would help keep the platforms, which rely on trading volumes, growing.

That’s probably one of the reasons they’re willing to pay top dollar for ad space, with a 30-second spot this year costing up to $7 million, a new high. However, the companies are not new to the high cost of advertising. According to iSpot.tv data provided by John Cassillo, a TVREV analyst, at least $112.9 million has been spent on national crypto-related ads since the beginning of 2020.

With Bitcoin now more than a decade old, the market for early adopters may have been exhausted, according to R.A. Farrokhnia, a Columbia Business School professor.

“In order to grow, these companies that provide some foundational services, primarily exchanges or those that allow you to create a wallet need more volume,” said Farrokhnia, who is also the executive director of the university’s fintech initiative. “You have to persuade consumers to participate in this ecosystem.”

The recent crypto boom is frequently compared to the speculative dot-com era of the late 1990s, which reached a fever pitch at the Super Bowl in 2000 when ill-fated companies like Pets.com debuted only to see their values plummet in the stock market crash weeks later.

The cryptocurrency market is recovering from a major downturn that saw it lose as much as $1.1 trillion in value at one point in January. Furthermore, policymakers are wary of the volatile asset class, with President Joe Biden set to issue a regulatory executive order soon.

Such concerns, however, are unlikely to make it into Sunday’s commercials, which are expected to be more upbeat and entertaining than last year’s pandemic themes. FTX has released teasers for its commercial, which features historical figures, including a fictional Thomas Edison who is hoping to win Bitcoin from the platform’s football-themed giveaway. Similarly, Crypto.com is planning a surprise announcement.