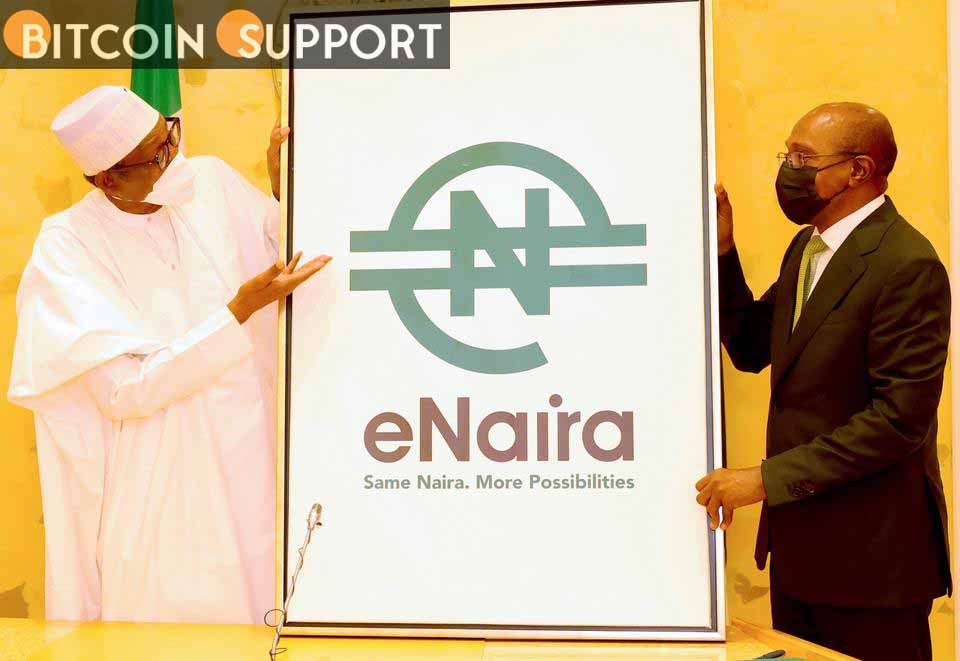 According to a report from Vanguard, CBN Branch Controller Bariboloka Koyor spoke at a market in the country’s most populous metropolis of Lagos on May 9 as part of a push to “sensitise” companies to the eNaira. According to Koyor,

“Starting next week, the eNaira fast wallet app will receive an upgrade that will allow you to do transactions such as paying for DSTV, utility bills, and even aeroplane tickets.”

The change, according to Koyor, was released to make onboarding easier, highlighting its wallet, which has no fees and is faster than internet banking. He went on to say that in the future, the eNaira will be the sole way to obtain government assistance, emphasising the benefits of early adoption.

“This is a project that the CBN has carried out to reach every Nigerian in terms of financial inclusion and banking transaction efficiency, reliability, and safety so that we can make banking transactions very easily and safely and Nigerians can benefit from the eNaira.”

The naira has lost almost 209% of its value in the last six years, prompting Nigerians to flock to cryptocurrency. According to a survey released in April by the KuCoin crypto exchange, around 33.4 million Nigerians owned or exchanged cryptocurrencies in the previous six months.

Following the launch of the eNaira in October 2021, the country’s crypto trading restrictions were tightened. In February of that year, the CBN banned banks from providing crypto exchanges, but serious enforcement came in November 2021, when the CBN ordered the accounts of two crypto dealers to be frozen. Following the crackdown, commercial banks in the country began monitoring their customers’ accounts for indicators of bitcoin trading, which might result in accounts for fintech companies being flagged.

In an April report, the Secretaries General of the Organisation for Economic Co-operation and Development (OECD) and the United Nations expressed concern about trade restrictions (UN).

The research focused on Africa’s urbanisation and claimed that arbitrary government policies threatened young Africans working in the IT sector “developing apps or trading digital currencies.” Nigeria was singled out as an example, with the following statement:

“The ban on cryptocurrency transactions in Nigeria has stifled foreign direct investment in the fintech sector, affecting millions of young Nigerians who rely on it for a career.” Many have, however, discovered a legal means to circumvent these restrictions and continue doing business, thereby depriving Nigeria the taxes and transaction fees that would otherwise be collected.”

CBDC adoption is showing no signs of slowing down; according to recent study, 80 percent of central banks are exploring a CBDC. Tanzanian officials said on May 10 that their CBDC plans are moving forward. In a Bloomberg interview, Bank of Tanzania Governor Florens Luoga claimed that the country dispatched officials to countries with CBDC experience, such as Nigeria, to learn directly from them, citing concerns about “cryptocurrency speculators.”