As Crypto Markets, XRP and Dogecoin Outperform Continue with the Slide 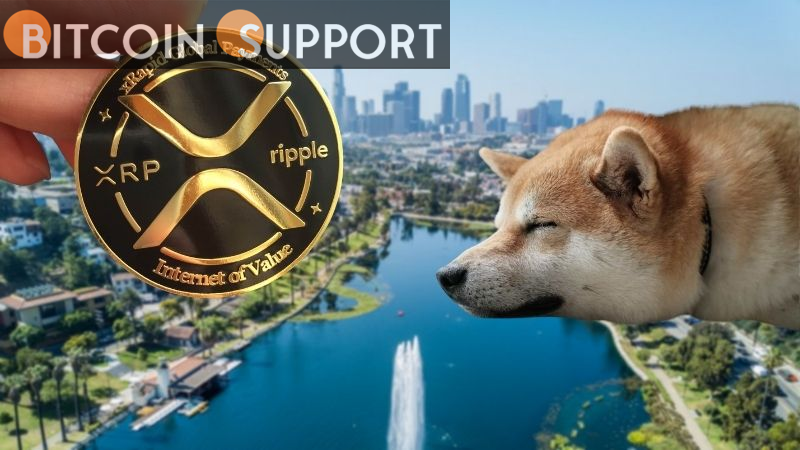 XRP’s rise coincided with an increase in positive sentiment toward payment tokens, as Ripple founder Brad Garlinghouse stated that his company’s ongoing defence against the SEC lawsuit is going “much better than expected.”

XRP and dogecoin (DOGE) both gained more than 6% in the last 24 hours, as separate catalysts fueled purchases of the two tokens amid a deteriorating crypto market.
According to CoinMarketCap, the total capitalization of the cryptocurrency market decreased by 2.8 percent to $1.87 trillion. Bitcoin’s dominance ratio – its percentage of the total cryptocurrency market capitalization – fell 0.3 percentage point to 40.7 percent.

XRP’s rise coincided with an increase in positive sentiment toward payments tokens, as Ripple founder Brad Garlinghouse stated Thursday that the company’s ongoing defence against a lawsuit brought by the United States Securities and Exchange Commission is going “much better than expected.”

Ripple, which incorporates XRP into its payments protocol, disputes the SEC’s assertion that the XRP token was issued and sold to US investors as an unregistered security.

On Friday, XRP surged above resistance at $0.75 to as high as $0.80 before slightly retreating. If the current level of buying power holds, the tokens may reclaim the $0.82 and higher levels.

Positive outcomes have historically resulted in a surge in XRP prices, as investors view the conclusion of a legal case as a bullish sign in general. In February, for example, XRP surged 22% after it was determined that critical documents related to the case should be unsealed.

Meanwhile, DOGE’s ascension occurred in response to Tesla CEO Elon Musk’s offer to acquire the entirety of popular social media platform Twitter. Musk owns 9.2 percent of Twitter and has offered to buy the company for $54.20 per share.

DOGE price charts indicate that it rose to a resistance level of 15 cents on Friday morning, up from Thursday’s $0.13 level. DOGE’s current price action may extend a broader uptrend that began in March, when prices rose from the $0.11 level.

Musk’s potential involvement with Twitter has nothing to do with dogecoin. However, some analysts speculate that Musk, who has publicly supported dogecoin’s growth and development, may incorporate the token into Twitter in some capacity.

“Advertisers may be able to pay DOGE for advertisements and other uses on Twitter,” Kryptomon Chief Marketing Officer Tomer Nuni explained. “We saw a similar phenomenon when Tesla announced the ability to pay for its goods using DOGE. Thus, speculation may centre on Musk’s businesses and stakeholdings beginning to accept cryptocurrency, similar to how Tesla does.”