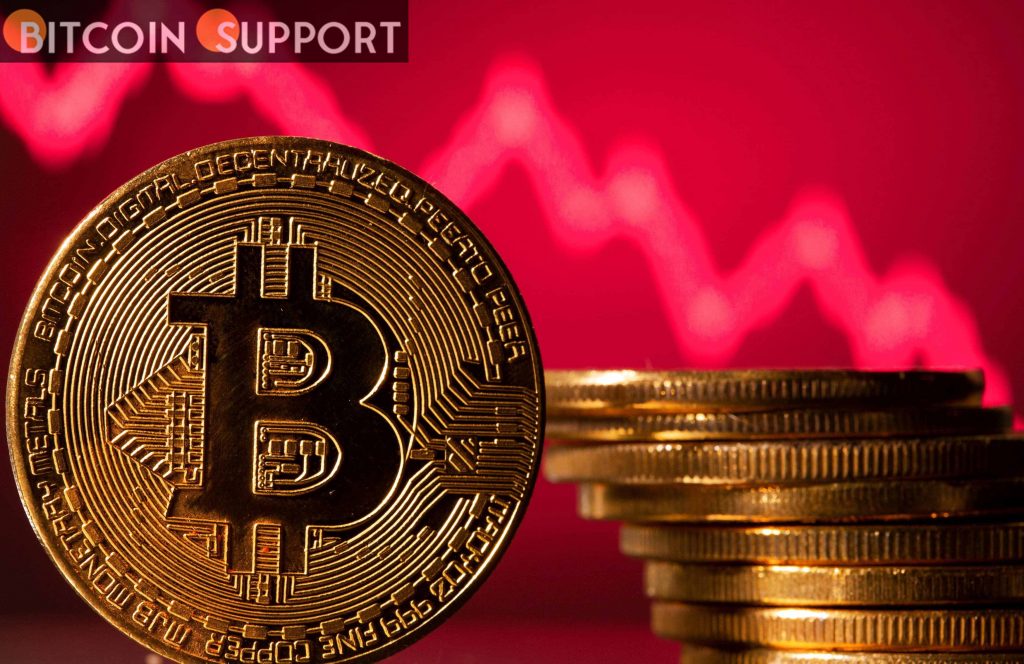 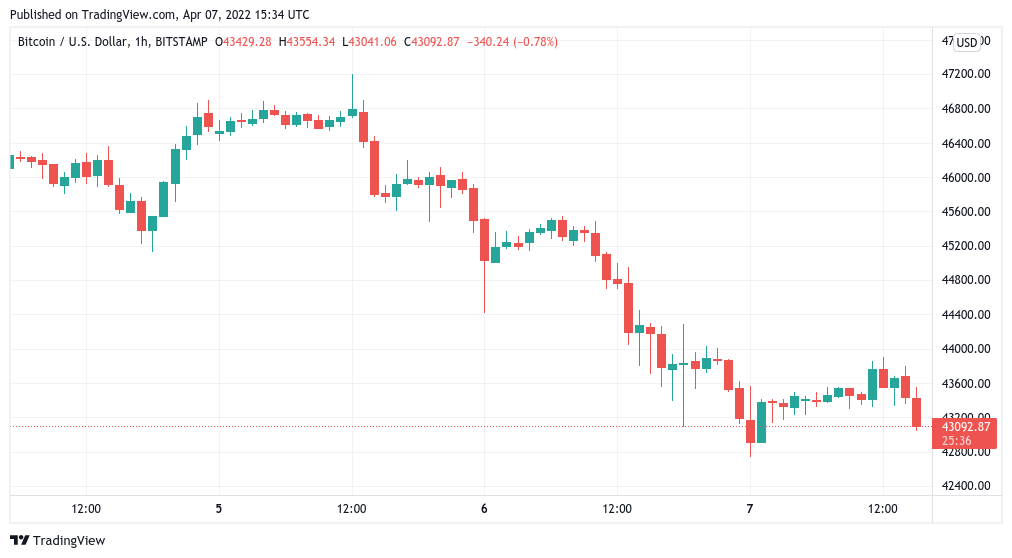 BTC/USD plummeted below multiple support levels to hit its lowest level since March 23, according to data from TradingView.

The largest cryptocurrency, which reversed at $42,741 on Bitstamp Thursday, was significantly less positive than the week before, with analysts quick to point out contributing factors.

Central bank monetary tightening, particularly from the Federal Reserve of the United States, remained the favourite, with long-term implications for risk assets.

On the day, Mike McGlone, chief commodity strategist at Bloomberg Intelligence, noted that “the largest obstacle to bitcoin and macroeconomic-sensitive commodities like crude oil and copper arises from anticipated stock-market falls.”

“Near-term risks are rising as the Fed intensifies its anti-inflationary campaign, which may include efforts to dampen the wealth effect.”

The Fed had previously stated that starting in May, it will decrease its roughly $9 trillion balance sheet by $95 billion every month.

Despite the unusual triumph of the Russian currency, which traded above pre-war levels, the knock-on effects of the Russia-Ukraine war, especially retaliatory sanctions, continued to throw a shadow. BTC/RUB was trading at a 32 percent discount to all-time highs. 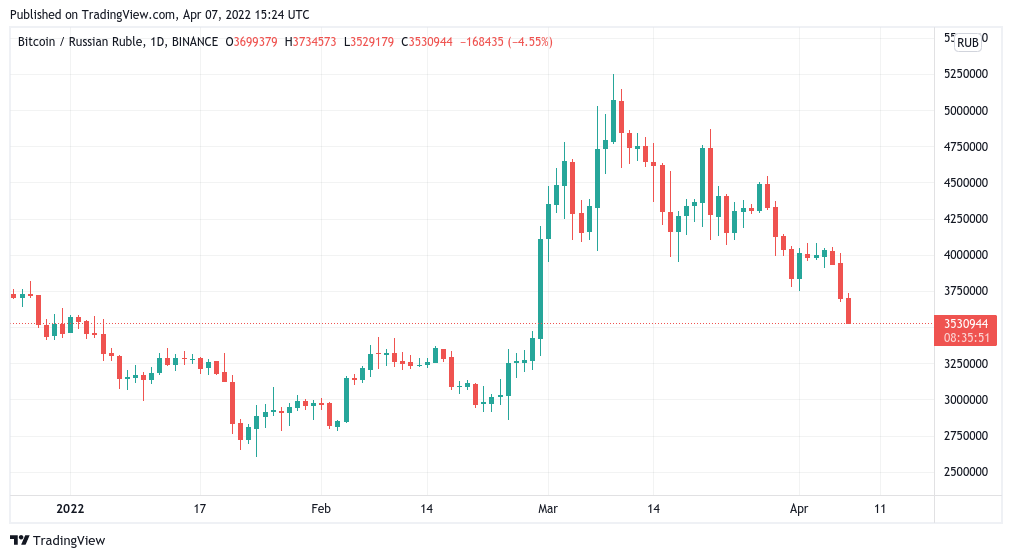 Meanwhile, the European Central Bank’s own balance reached new highs in the European Union. Bitcoin bulls had a lot to be concerned about, as evidenced by the recent loss of territory, which had pushed BTC/USD back into its 2022 trading range.

Crypto Ed, a well-known trader, correctly predicted the latest lows after spotting a “breakdown from support.”

for now thinking we do this ABC pic.twitter.com/v93k8ZFbV6

The mood in the market is deteriorating

The wider crypto mood sank in lockstep, as demonstrated by a steep decline in the Crypto Fear & Greed Index on Thursday.

Following two days of losses, the traditional mood indicator was back in “fear” territory after reaching its “greed” zone for the first time this year.

With a 44/100 score on Thursday, the Index’s TradFi equivalent returned to “fear.”