Near Protocol is supposed to be releasing a new stablecoin, while the two primary firms behind the Terra blockchain have purchased a combined $200 million in AVAX.

According to Terra’s Twitter, TFL, the firm behind the Terra blockchain, traded $100 million worth of Terra’s native token, LUNA, for AVAX tokens in order to “strategically align ecosystem incentives.” LFG, a non-profit tasked with building reserves for Terra’s algorithmic stablecoin UST, utilised its own UST holdings to buy another $100 million worth of AVAX from the Avalanche Foundation. These purchases are intended to bolster the stability of Terra’s native UST stablecoin, which had a market cap of $16.7 billion at the time of writing.

LFG chose AVAX for its UST reserves, according to Do Kwon, the founder of Terraform Labs, because of the blockchain’s strong growth and the fierce commitment of its users.

“Avalanche is still a developing ecosystem – a lot of it is powered by AVAX token loyalty, and consumers have a strong affection for an asset that is aligned with AVAX…but identifying oneself with Ether doesn’t actually imply that much for the ordinary Ethereum user.”

Competitors are looking for fresh ways to dethrone the stablecoin as Terra continues to consolidate its position. Near System (NEAR), a Layer-1 blockchain that competes with Ethereum and Terra, is claimed to be releasing a stablecoin named USN, as well as a decentralised finance protocol that will supposedly pay users a 20% annual percentage yield (APY) on USN deposits. This is analogous to the Anchor mechanism in the Terra ecosystem, which currently pays 19.49 percent APY on UST deposits.

Crypto Insiders Telegram group creator Zoran Kole stated that Near protocol was superior to both Etheruem and Terra in a Substack article explaining what he understands of the plans, citing statistics from Electric Capital that detailed Near Protocol’s tremendous rise in terms of development. 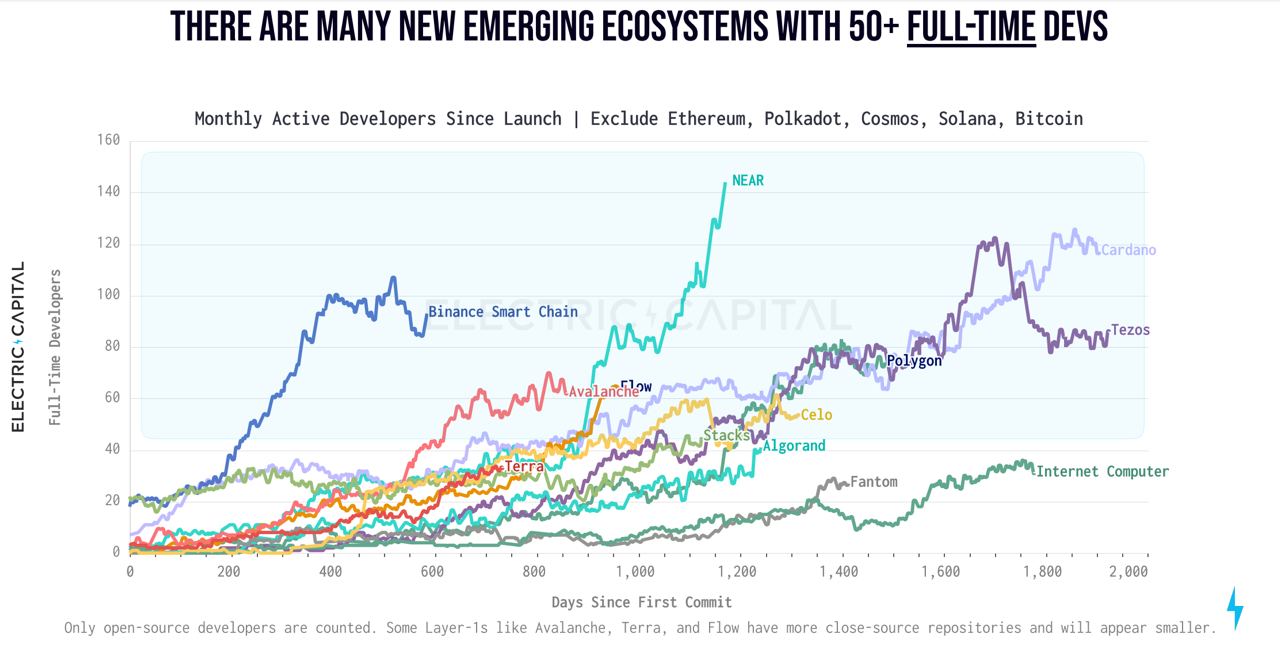 Kole concluded that Near Protocol, with a market cap of $11.7 billion, might eventually catch up to and eventually overtake Terra, which has a market size of $37.2 billion, thanks to its network growth, the soon-to-be-released USN stablecoin, and later DeFi protocols.

“As the story for attractive stablecoin returns spreads, this will lead to a comparison of Near to Terra ($LUNA).”