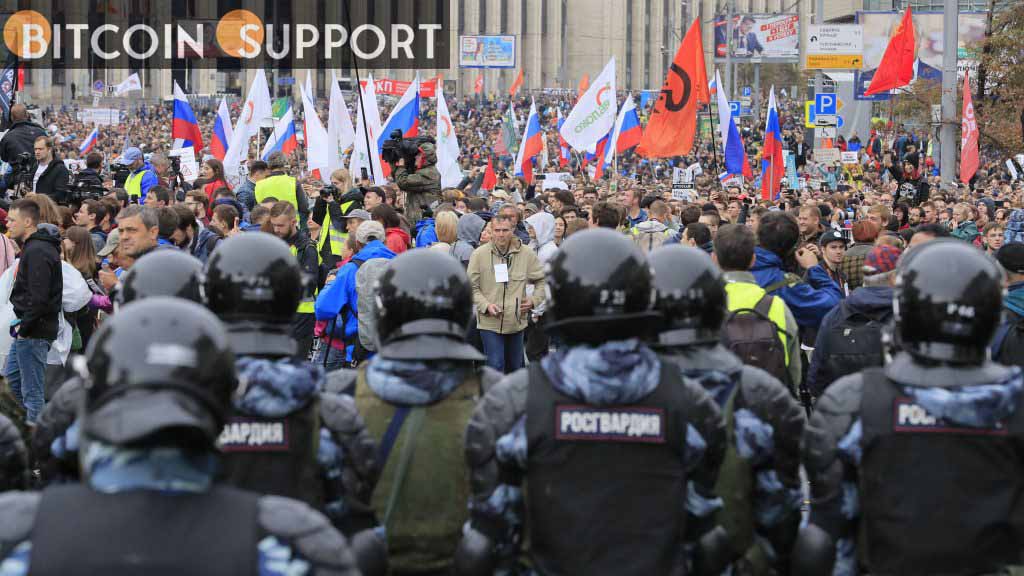 Cryptocurrency may be one of the few avenues for Russians to support Ukrainians, as any assistance to Ukraine is deemed high treason by the Russian authorities.

While the West grows increasingly concerned about Russia’s potential use of cryptocurrencies to circumvent sanctions, some Russians are using their Bitcoin (BTC) to assist Ukrainians.

Pavel Muntyan, a prominent Russian animator and creator of the animated online series “Mr. Freeman,” has urged anti-war Russians to rally behind Ukrainian civilians as Russia continues its armed assault on the country.

Muntyan took to Twitter on Tuesday to announce the creation of a bitcoin donation address for Russians looking to anonymously support Ukrainians, as Russia has prohibited its nationals from assisting those in need in Ukraine.

On Feb. 27, Russia’s General Prosecutor’s Office issued an official warning that assisting Ukrainians during Russia’s “special operation” in the Ukraine would be considered high treason, with Russians facing up to 20 years in prison.

As such, Muntyan is now pushing Russians to provide financial assistance to people who have been harmed by Russia’s military activities. Russians can now donate anonymously using his crypto address to any token on blockchains such as Binance Smart Chain, Polygon, Ethereum, HECO, and Avalanche, he wrote:

“Now you can help Ukraine and do it anonymously. With the help of crypto. All the money will be used to provide Ukrainian civilians with essential goods, as well as to support the families of soldiers of the Ukrainian army.”

“I appeal to those crypto enthusiasts whom I personally know and who support my views to refrain from remaining apathetic,” Muntyan continued.

At the time of writing, the contribution address holds around $1,500 in Ether (ETH) and approximately $350,000 in the stablecoin Tether (USDT).

Mr. Freeman is a fictional character in Muntyan’s eponymous animated series who is noted for supporting freedom values while also critiquing modern man’s lifestyle. The series currently has over 1.5 million subscribers on YouTube and has been seen over 150 million times.

Muntyan had previously been heavily involved in the cryptocurrency business, launching his own cryptocurrency in partnership with Free TON, one of the crypto efforts spun off from Telegram’s original Telegram Open Network project. He is also a nonfungible token (NFT) enthusiast, having launched multiple NFT drops on platforms such as OpenSea.

Apart from his engagement in cryptocurrency, Muntyan is well-known for his backing of Russia’s President Vladimir Putin’s detractors.

Happy 12 years of Freedom @MrFreeman0 from friends at the Free TON @CommunityTon Congratulations @greenmoon2 and the rest of the community. I think even @NVMtheShitcoins and @Mrbateman3131 are celebrating that anniversary today! pic.twitter.com/eeAZifzJDm

The latest report comes as the West grows increasingly concerned about Russians using cryptocurrency to circumvent severe sanctions against Russian companies and individuals.

France’s finance minister stated Wednesday that the European Union is examining Russia’s potential use of cryptocurrencies to circumvent sanctions imposed in response to its operations in Ukraine. Previously, the US Treasury Department urged corporations and people domiciled in the United States not to handle cryptocurrency transactions addressed to certain Russian citizens and banks.