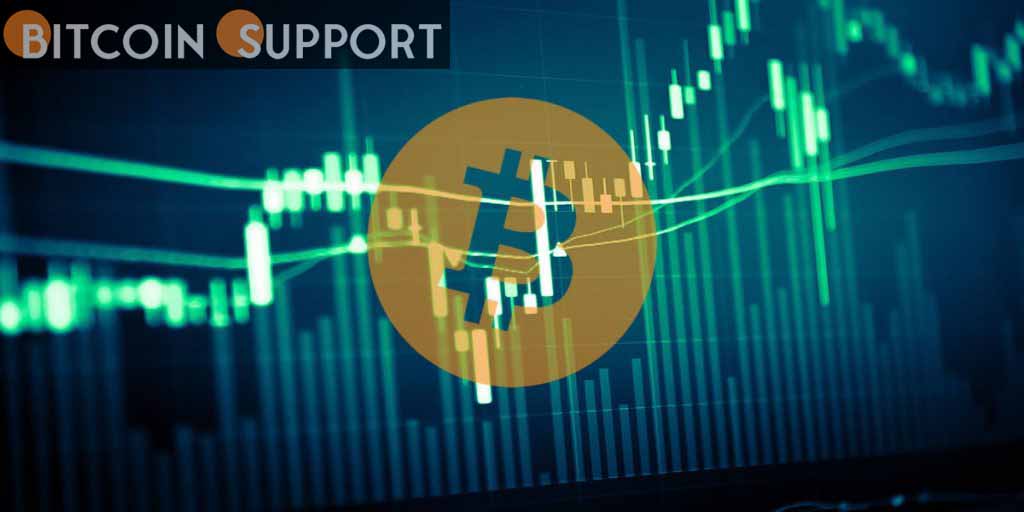 Bitcoin’s two-month triangle consolidation period came to an end early Monday with a strong rally to $47,000.

The largest cryptocurrency by market capitalization surpassed $47,000 early Monday, completing a breakout from a two-month triangle pattern characterized by trendlines connecting the February 10 and March 2 highs and the January 25 and February 24 lows.

“The triangle breakout has created an opportunity to the upside into resistance above $53,000,” Daniel Kukan, senior cryptocurrency trader at Swiss-based Crypto Finance AG, said in a Telegram conversation.

Triangles, which indicate a continuous shrinking of the trading range, form when bulls and bears are unable to take the lead in price action. As a result, traders and chart analysts view an eventual breakout of the triangle in either direction as a precursor to the start of a new bull or bear run.

“Bitcoin made a decisive breakout this morning. A large base pattern has been completed above $45,855 (although confirmation requires a [UTC] close above that price) “Richard Perry, a market watcher, tweeted. “This predicts a test of the $52,00 resistance level in the next months, with a predicted objective of $57,400.”

Fundamental and macro strategists sometimes criticize technical analysis as untrustworthy due to the frequent failure of chart patterns and indicators. Nonetheless, it is difficult to ignore. With such widespread belief in those studies, breakthroughs or breakdowns frequently become self-fulfilling prophecies. 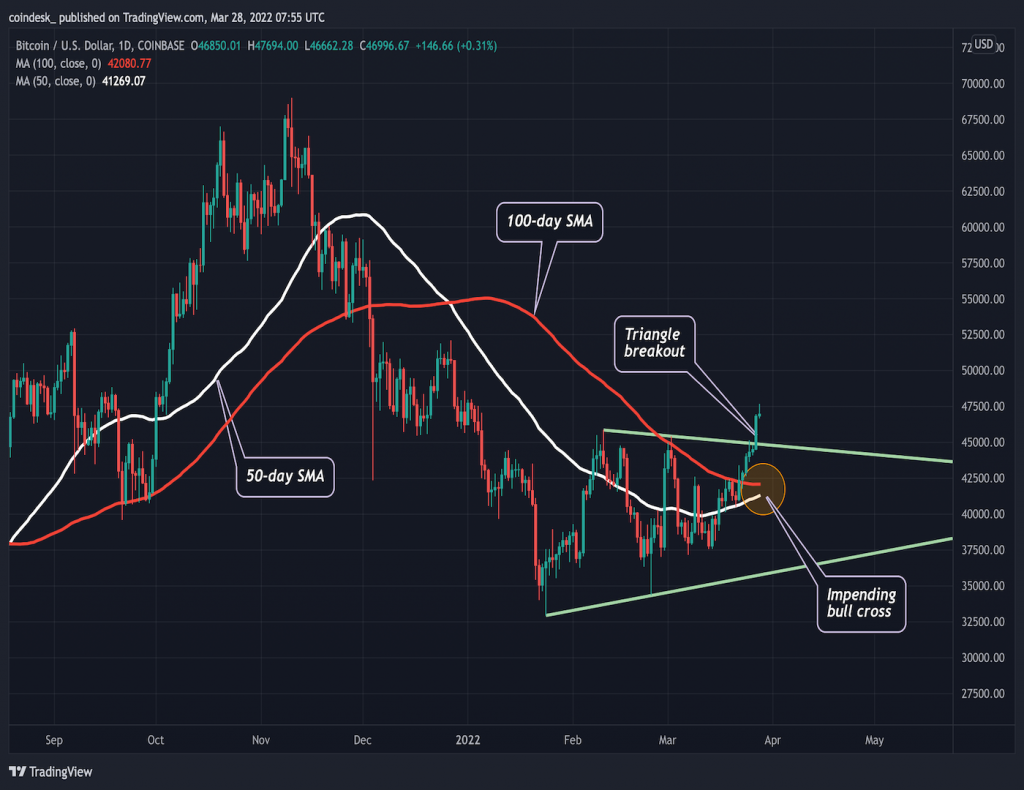 The following chart indicates that a bull cross between the 50- and 100-day simple moving averages (SMA) is imminent, confirming the triangle breakout’s positive thesis.

While crypto Twitter has erupted with excitement over the likelihood of a significant upward surge, some observers are more circumspect in their positive forecasts.

“The breakout above $45,000 increases our confidence that a reversal is imminent, but we prefer to be cautious given the move was fueled in part by stock market progress,” Lennard Neo, head of research at Stack Funds, told CoinDesk via WhatsApp.

In other words, bitcoin has not yet decoupled from stocks, and any resurgence of risk aversion in traditional finance might be a spoiler.
While bitcoin has increased about 20% since the Federal Reserve increased borrowing costs by 25 basis points on March 16, the S&P 500, Wall Street’s benchmark index, has increased 5.9 percent, according to data from charting platform TradingView.

Neo anticipates profit-taking around the psychological threshold of $50,000, which corresponds to the widely-followed 200-day simple moving average. “It would not surprise us if short-term traders who went long in recent weeks took profits at those levels.”

Kukan of Crypto Finance AG highlighted that the positive technical view would be undermined if the cryptocurrency fell below support at $43,000.

Bitcoin was last spotted trading near $47,000, marking a daily gain of 0.4 percent and a year-to-date gain of 1.4 percent. According to Singapore-based QCP Capital, the Asian session’s rise was likely due to the Luna Foundation Guard’s sustained buying.