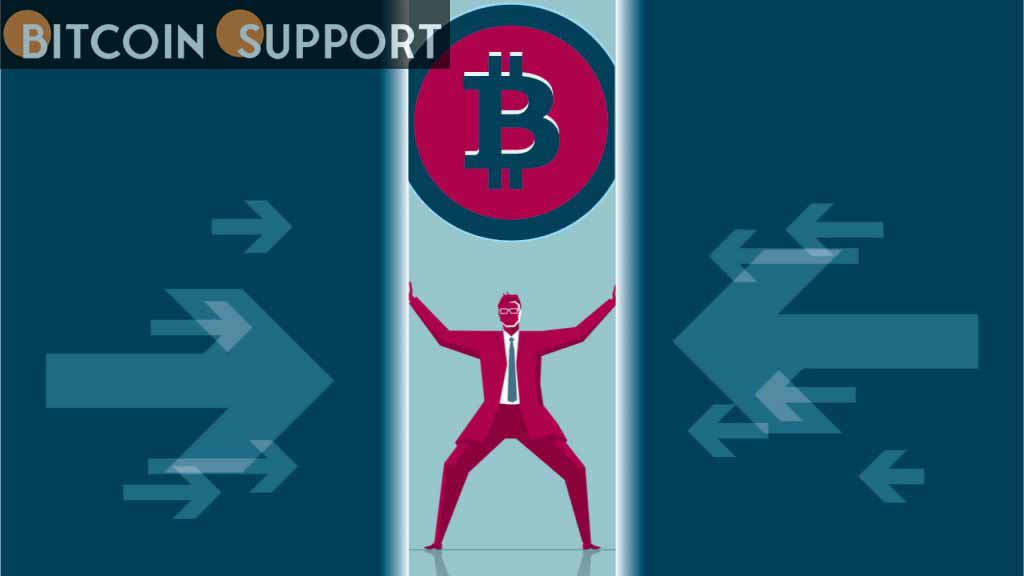 Despite this week’s geopolitical turbulence, Bitcoin price activity is still following the script. 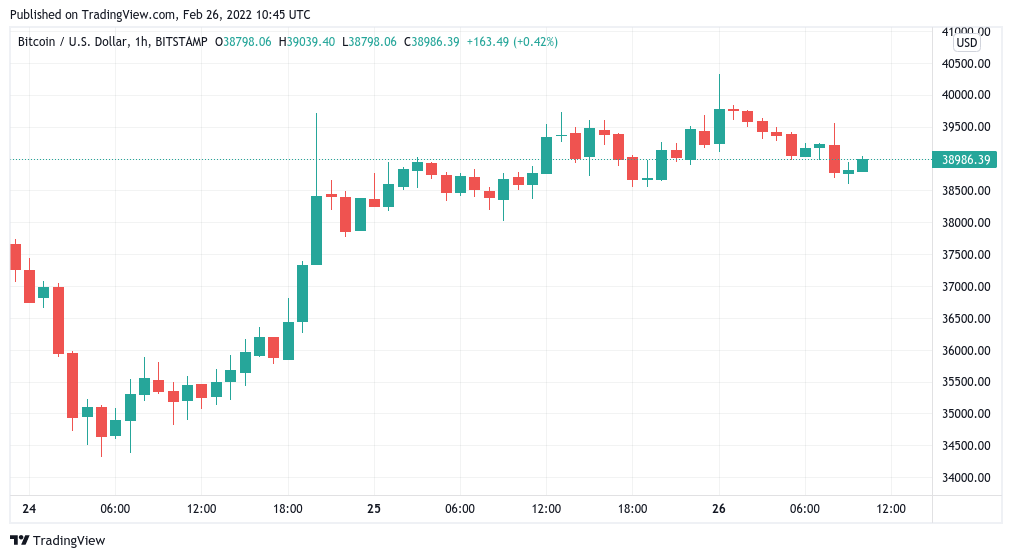 Stocks are rising, but cryptocurrency “fear” is pervasive.

After overnight volatility witnessed highs of $40,330 on Bitstamp, data from TradingView suggested calmer circumstances for BTC/USD on Saturday.

Due to lower weekend volumes on crypto markets, the likelihood of “fakeout” swings up or down was increased with regular markets closed.

The geopolitical turbulence centred on Ukraine and its occupying power, Russia, provided a backdrop for increased caution, with fears that Monday, in particular, could bring further volatility.

While rising towards the conclusion of the week, the Crypto Fear & Greed Index stayed in the low “fear” zone at 26/100.

Meanwhile, the weekly chart provided a potential silver lining for Bitcoin bulls. BTC managed to set a higher low than January’s $32,800 drop with its recent $34,300 low on the Ukraine invasion.

If that holds, Rekt Capital, a trader and analyst, believes February’s drop from $45,500 was more than likely a “necessary” consolidation move.

In the meantime, macro markets finished the week on a high note, with large gains for both European and US indices.

The US dollar, which had risen in value as tensions erupted, has given up the majority of its gains, with the US dollar currency index (DXY) falling to 96.5 from highs of 97.7.

LUNA is the most valuable of the top 10 altcoins.

Altcoins presented a varied but still positive image. Major tokens rose about 50% in a week on Saturday, topped by Terra (LUNA).

With Bitcoin’s price dropping, some late gains were still visible, such as for XRP, which was up 10.3 percent in the 24 hours leading up to this writing.

After attempting to exceed $2,900 overnight, Ether (ETH), the largest altcoin by market cap, soared above $2,750 on the basis of 5.6 percent daily gains. 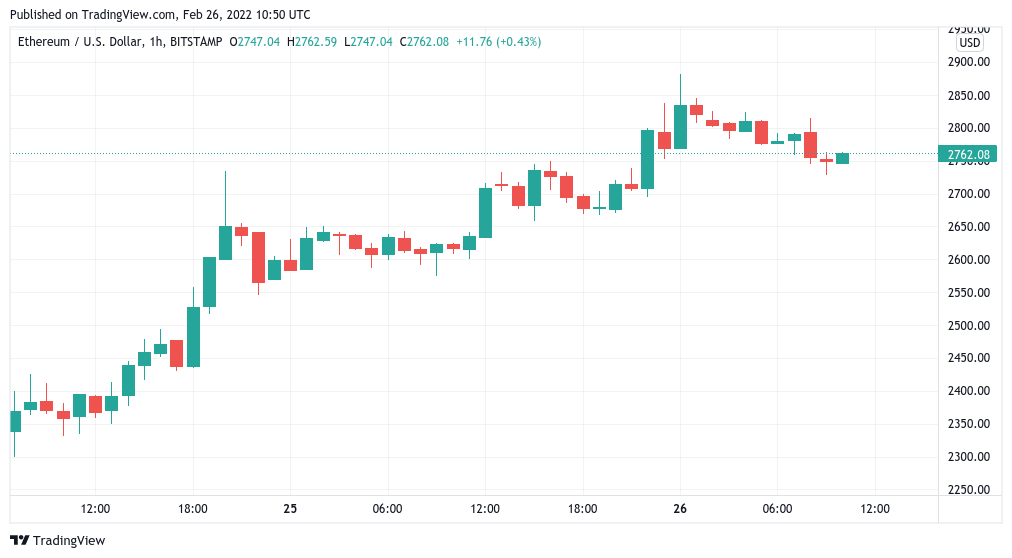