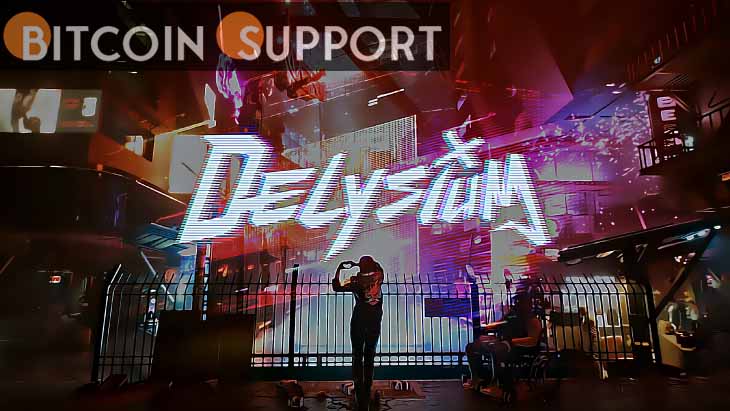 In March, the Delysium community grew by more than 1800 percent. In anticipation of the market, NFT series such as posters, weaponry, clothing, and characters will be released sequentially. Delysium’s Alpha and Beta versions, complete with a PVP tournament, will be released in the middle of this year.

Delysium, a AAA MMO web3 game, will launch the pre-sale of NFT posters on April 1st at 20:00 UTC+8, only half a month after Delysium officially announced the first round of private sale. Delysium is focusing on accessing the Polygon ecosystem, developing an online marketplace, and beginning NFT sales, among other things, with the help of a large number of industry partners and gaming players. Delysium’s community has grown significantly thanks to competent and effective operations management, with Discord and Twitter members topping 50,000 each, and a growth rate of over 1800% in March.

Delysium, being a newbie, is unquestionably regarded as a dark horse in the web3 game business. Delysium, the world’s first PLAYABLE AAA MMO web3 game, will launch its Alpha & Beta edition with a PVP tournament in the middle of this year, thanks to incredible R&D progress. What cannot be overlooked is the fact that Delysium is the first initiative in which NG+ has financed. (NG+, which stands for New Game+, is a joint venture founded by Galaxy Interactive, Republic Crypto, and Alameda Research. The collaboration will concentrate its efforts on investing in Web3 video games.) Following that, Delysium formally announced its partnership with Polygon to develop an AI-powered decentralized gaming experience.

Delysium has announced that it will soon launch its Delysium Marketplace, a fully decentralized blockchain-based exchange that will allow users to autonomously control asset trades. Users can trade NFT posters, weaponry, clothing, characters, and other things. Delysium has now officially launched the first batch of NFT series – N.E. Poster. It is available for purchase on the Delysium marketplace and Project Galaxy.

The N.E. Poster is limited and comes with a variety of benefits in Delysium. It is intended to revolve around the Delysium’s first great liberation movement of mind——the New Enlightenment, which implies that native virtual creatures formed in the virtual world begin to awaken, and MetaBeings begin to combat prejudice and inequity in a variety of disciplines.

There are seven N.E. Poster series, each with five rarities: Common, Rare, Epic, Legendary, and Ultimate. Each sort of N.E. Poster is restricted in quantity. Every Vanguard who buys an N.E. Poster will get a random number of N.E. Badge airdrops.

On the seventh day following the Fair Launch, all wallet addresses holding N.E. Poster will be Snapshot, and the amount of posters purchased and held by the user during the Snapshot will decide the tier of N.E. Badge that can be granted.

A series of gifts will be distributed via airdrops later for each N.E. Badge of varying grades. 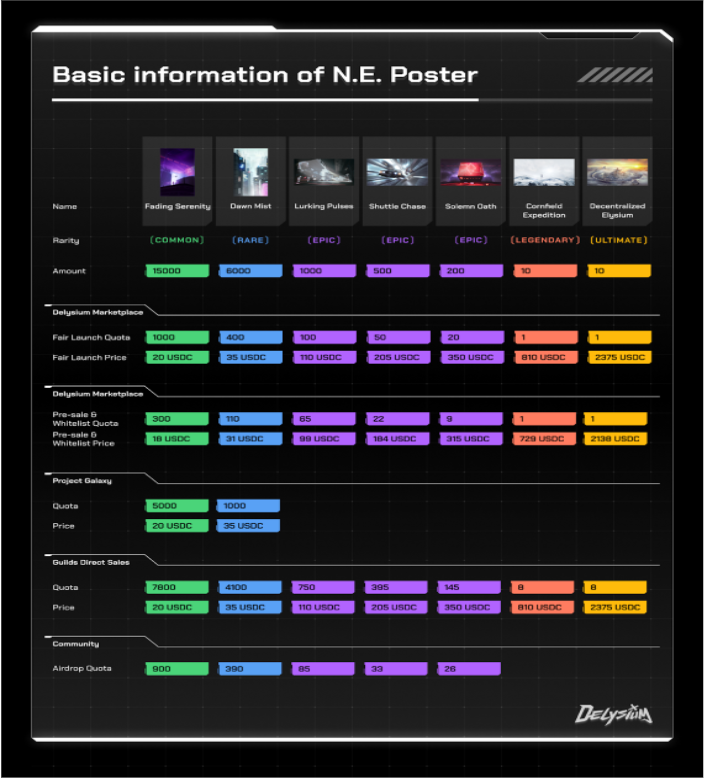 Many partners have backed Delysium from its inception, including Galaxy Interactive, Republic Crypto, Alameda Research, Anthos Capital, B1V, Eureka Meta Capital, Unix, and Ancient 8, among others. Delysium will continue to collaborate with them in the future on technical solutions, game distribution, asset expansion, industry resources, branding, and other elements to encourage the game’s speedy development and launch.

“Delysium provides a one-of-a-kind user experience that showcases what blockchain technology can deliver.” We are delighted to be assisting them in their quest to become the first AAA-rated web3 game.” —— Ishan Negi, Polygon Studios’ Chief of Staff

“We have worked relentlessly to make this a reality for our community, and we have finally succeeded.” We are extremely delighted and excited to have reached this milestone, and even more so to have our first game, Delysium, released. Being a AAA game just demonstrates the degree of quality that we intend to maintain for our community and ecology. “This is only the beginning for Final Round, and there are many more milestones for UniX to reach, and we can’t wait to share them,” says Mirko Basil Doelger, Founder and CEO of UniX Gaming.

“We are thrilled to support Delysium, an open-world, AI-powered AAA web3 game created by one of the most talented teams in the industry.” More AAA games like Delysium are needed in the web3 gaming space to bring millions of people into the ecosystem!” — Wee Kee Tiew, PathDAO’s COO/CFO

“Delysium has garnered a lot of attention and growth recently,” stated Yuheng Chan, CEO of rct AI & Delysium. It is a pleasure to be well regarded by industry partners and eagerly anticipated by users, which will motivate us to improve the game’s development and operation. NFT’s poster sale is just the beginning; please believe that we will continue to amaze you. We also invite more partners to join us in developing a web3 game ecosystem, introducing a new ‘Fun to Play, Play and Earn’ pattern to create the ultimate, open AI-powered decentralized gaming experience for customers.”