After pivoting toward interoperability, Neutrino, Vires Finance, and Waves all saw 100%+ gains 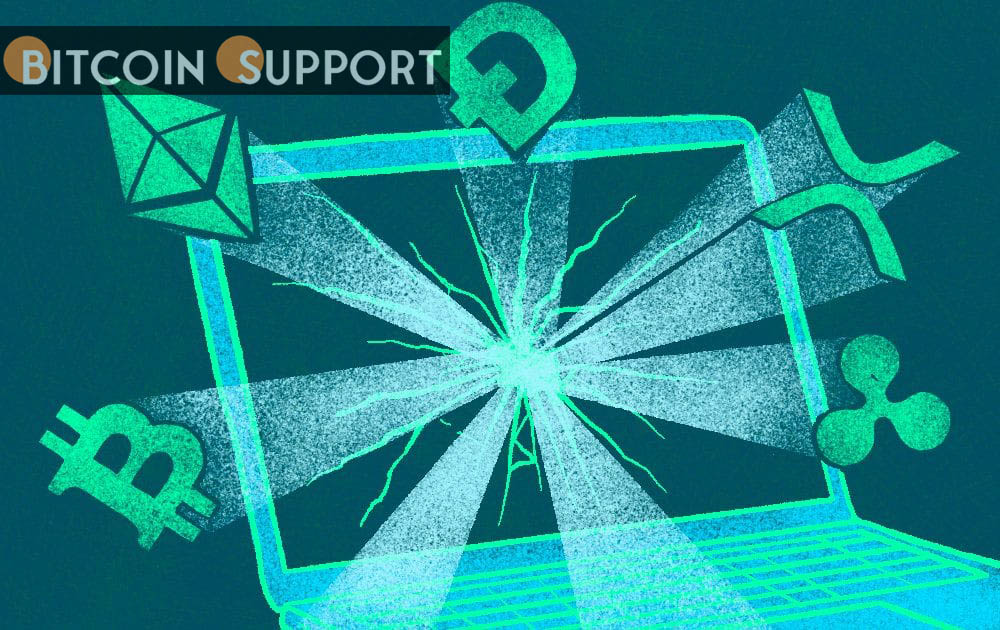 Since the project developers unveiled plans to switch to Waves 2.0 to boost interoperability with key blockchains in the sector, NSBT, WAVES, and VIRES have been on a tear.

Ongoing geopolitical events continue to wreak havoc on traditional markets as well as the cryptocurrency sector.

Despite these obstacles, Waves ecosystem projects have managed to gain ground in terms of price and total value locked (TVL), thanks to a renewed focus on compatibility with popular blockchain networks.

Here’s a closer look at the Waves ecosystem’s top-performing assets, which have managed to post positive gains despite negative macroeconomic circumstances that are putting pressure on the cryptocurrency market.

Neutrino is a price-stable algorithmic “assetization system” that creates stablecoins related to real-world assets and cryptocurrencies.

The Waves ecosystem’s main stablecoin is Neutrino USD (USDN), which is paired with the Neutrino Token (NSBT), a recapitalization and governance token that also allows stablecoin development. 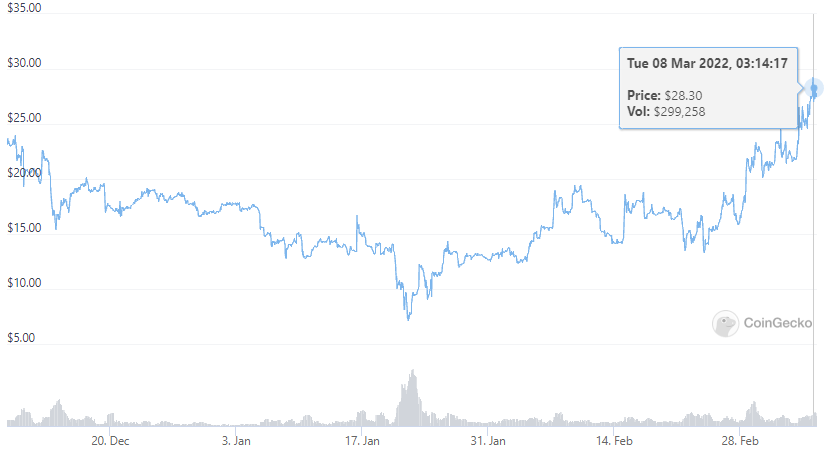 VIRES’ activity began to ramp up on Jan. 18 when its price hit a low of $19.30 and proceeded to climb 460 percent to an all-time high of $108.44 on Jan. 24. It has since entered a consolidation period, with its price currently trading near the $85 mark, according to data from CoinGecko. 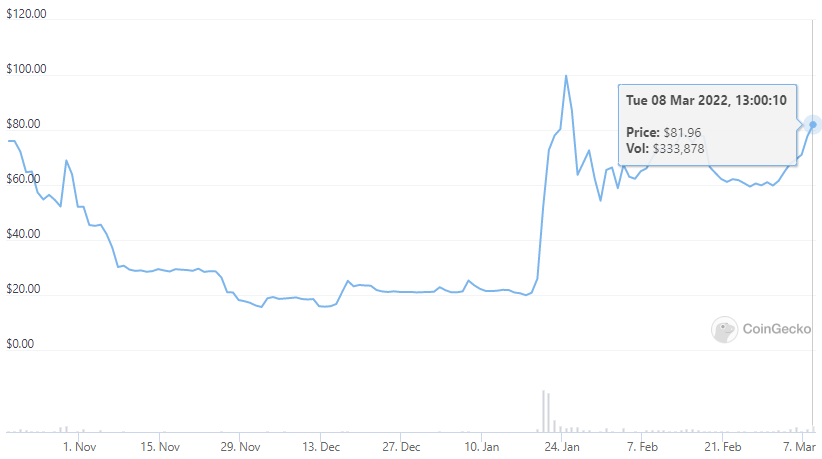 According to data from Defi Llama, the total value locked on the VIRES protocol has climbed from a low of $115.84 million on Feb. 1 to an all-time high of $764.23 million on March 8.

The Waves WAVES token has been the key driver of growth for the Waves ecosystem during the last six weeks, thanks in part to the ongoing Waves 2.0 migration. Waves will be able to link to the major blockchain networks in the cryptocurrency sector thanks to the new blockchain’s advanced interoperability features. 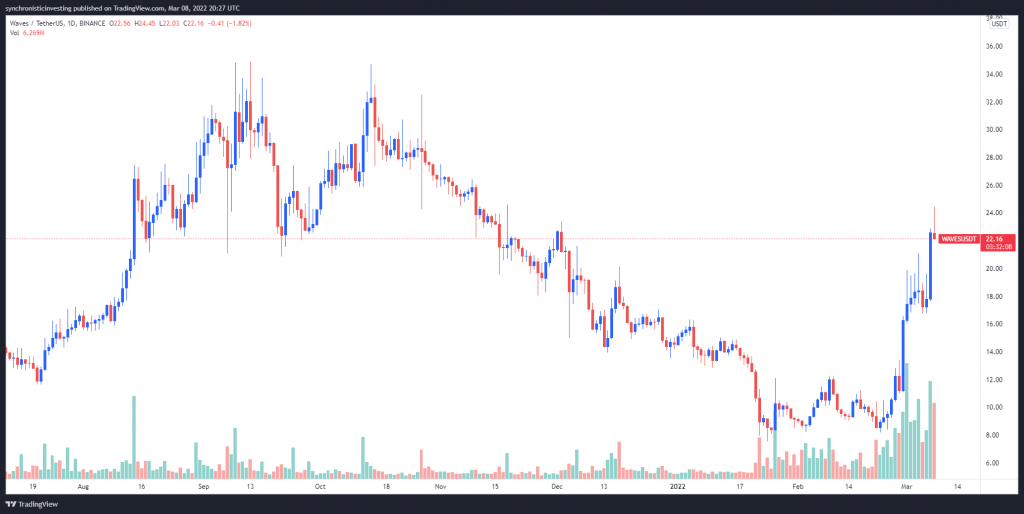 With the latest wave of economic sanctions pounding Russia’s economy and the removal of simple payment rails, it’s probable that some people have turned to WAVES as a means of completing financial transactions and preserving their cash.