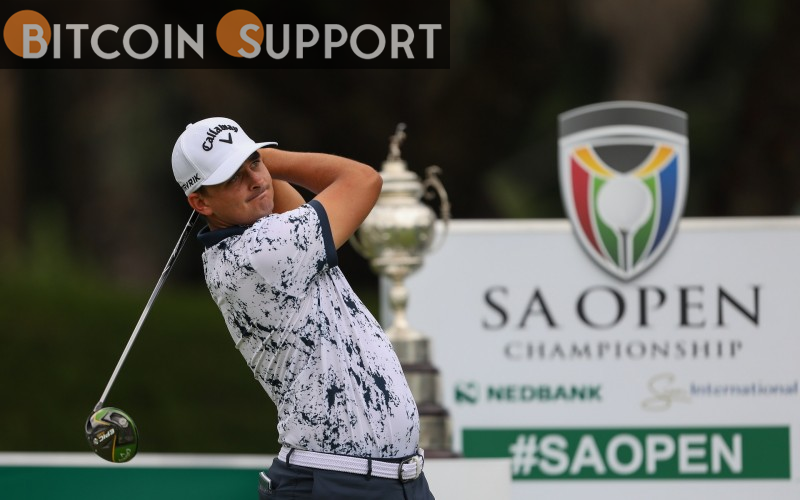 After groundbreaking sponsorship of the Sunshine Tour, Africa’s best golfers will be awarded Bitcoin prize money.

A new sponsorship of South Africa’s Sunshine Tour will provide significant Bitcoin (BTC) payments to top golfers from Africa and Europe at the conclusion of the 2022 season.

Golfers compete throughout the year for the top spot on the Sunshine Tour’s overall leaderboard, the Order of Merit. Cryptocurrency platform Luno, which has a substantial presence in South Africa and across the African continent, has assumed title sponsorship of the overall rankings.

Luno has abandoned Rand-based rewards for the top golfers on the Order of Merit in favour of Bitcoin, demonstrating that the language of sport is undoubtedly moving. At the current exchange rate, the winner of the Luno Order of Merit will receive R500,000 in BTC, which is comparable to $31,000 or 30,000 Euro.

The second and third-place golfers will earn R200,000 and R100,000 in BTC, respectively. In addition, Luno will sponsor each professional golfer on the Sunshine Tour with R1,000 in BTC to encourage them to use the exchange’s mobile application.

In May of 2022, the Sunshine Tour will switch from a money-based ranking system to a points-based ranking system, made possible by the new sponsorship. This is intended to level the playing field for players fighting for the Order of Merit title at season’s end.

In addition to participation into two of golf’s major tournaments (the US Open and the British Open) and a year-long luxury automobile sponsorship, there is plenty to play for in the race for the number one place.

“There is Bitcoin prize money, which is a first for South Africa and maybe Africa,” Reitz said, adding, “I believe this is the first crypto company to sponsor a sports team in South Africa.”

Luno intends to create new ground with their first sponsorship of a professional golf tournament, with Reitz highlighting the synergies between the two:

“The Sunshine Tour is a well-established brand and the premier golfing organisation in South Africa. It is a reliable resource for golfers of all ages and skill levels. The connection between trust and security makes sense to us.”

Luno has taken attempts to establish itself as a reputable cryptocurrency exchange that introduces new customers to the ecosystem via an education webpage. The company created headlines last year with a high-profile advertising campaign in which Springbok coach Rassie Erasmus, winner of the Rugby World Cup, instructed consumers on how to purchase BTC.

Thomas Abt, commissioner of Sunshine Tour, feels that both businesses will profit from the company’s continuous study of the sports industry in the country.

“I think it’s wonderful when a new brand enters the market. They have substantial backing, want to make noise, and have been doing so as seen by the Rassie advertisement. They have performed admirably, and I have no doubt they will continue with the Sunshine Tour.”

The impact was not lost on the golfers, as Sunshine Tour pro Callum Mowat drew parallels between the mindsets required to grasp the worlds of golf and cryptocurrency.

“As a golfer, you must take risks and feel that you are never out of the game, particularly after a poor shot. I am unfamiliar with cryptocurrencies, but I am aware that patience is required to grasp both of these.”

Reitz also admitted that the cryptocurrency industry is still in its infancy, with onboarding new users and educating them on fundamental concepts being a top priority. The general manager of Luno Africa stated that an emphasis on learning and teaching is essential, while gradually exposing cryptocurrency to a wider audience through sports sponsorships and marketing.

“Golfers think differently, they have a distinct perspective on risk and reward, and they must take calculated risks with every stroke they play. The same applies to cryptography. It is still new, and for people to incorporate it into their daily lives will require a mental shift, which does not occur overnight.”

The sports industry is an attractive forum for bitcoin exchanges, service providers, and businesses to market their products and services. The world’s largest football leagues, the UFC’s octagons, and several Formula 1 circuits are all aggressively promoting crypto companies.