According to data, wealthy Coinbase customers have been ‘hodling’ Bitcoin since December 2020 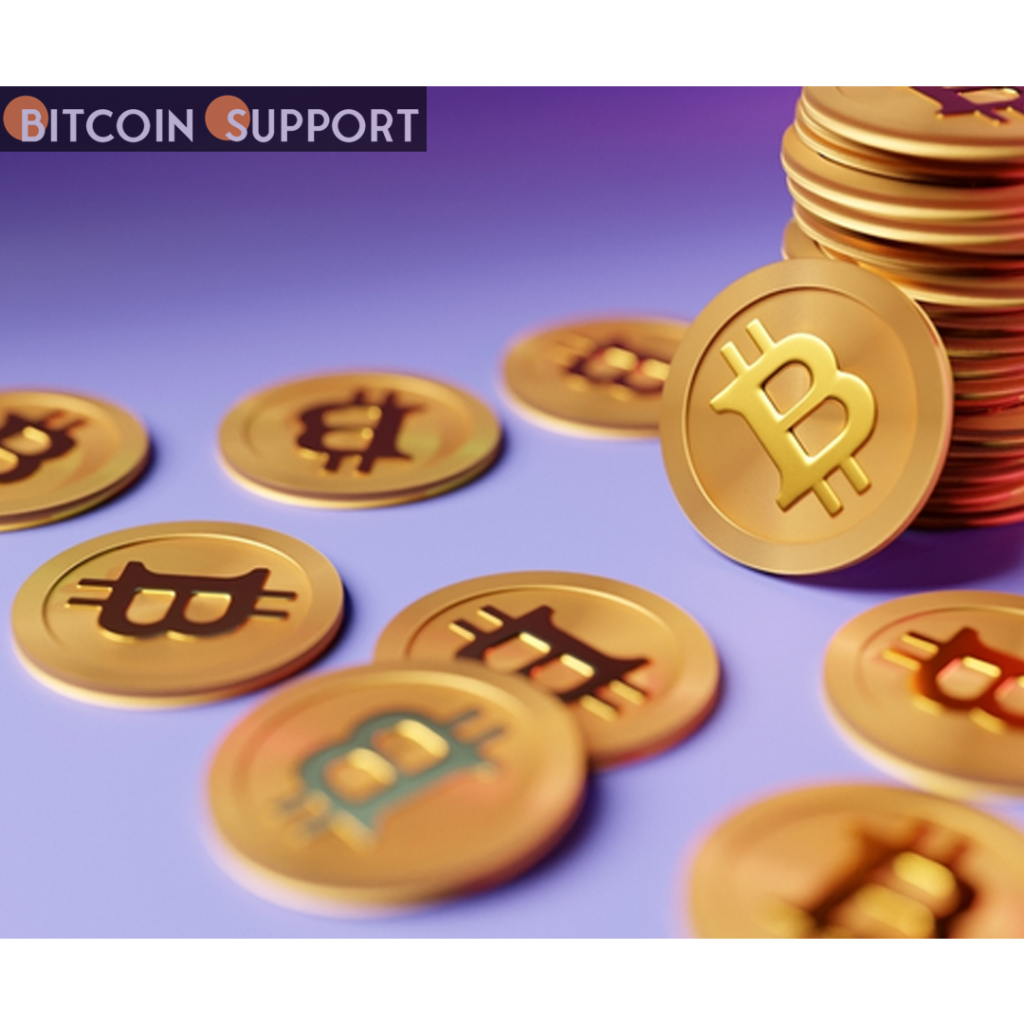 Institutions that reportedly bought 10,939 bitcoins from Coinbase in December 2020 have yet to sell.

Bitcoin’s (BTC) price has dropped by more than 50% since peaking at $69,000 six months ago, but the drop hasn’t deterred some of the currency’s wealthiest investors from selling. Notably, the number of Bitcoins held by Coinbase Custody for institutional clients has increased by 296 percent since Q4 2020, indicating that the majority of investors have decided to “hodl” on their holdings despite the price of Bitcoin falling by more than half from all-time highs.

JUST-IN: #Bitcoin under @Coinbase Custody for institutional clients increased by 296% since Q4'20. pic.twitter.com/iILge2Cane

On-chain data from CryptoQuant shows that institutions that deposited 10,939 BTC (approximately $335 million at today’s price) with Coinbase Custody in December 2020, when BTC/USD was around $23,000, have not moved since.

“In most cases, the same amount of BTC that flowed out of Coinbase for highly likely institutional purchases in December 2020 is still in the (custodian) wallets.” 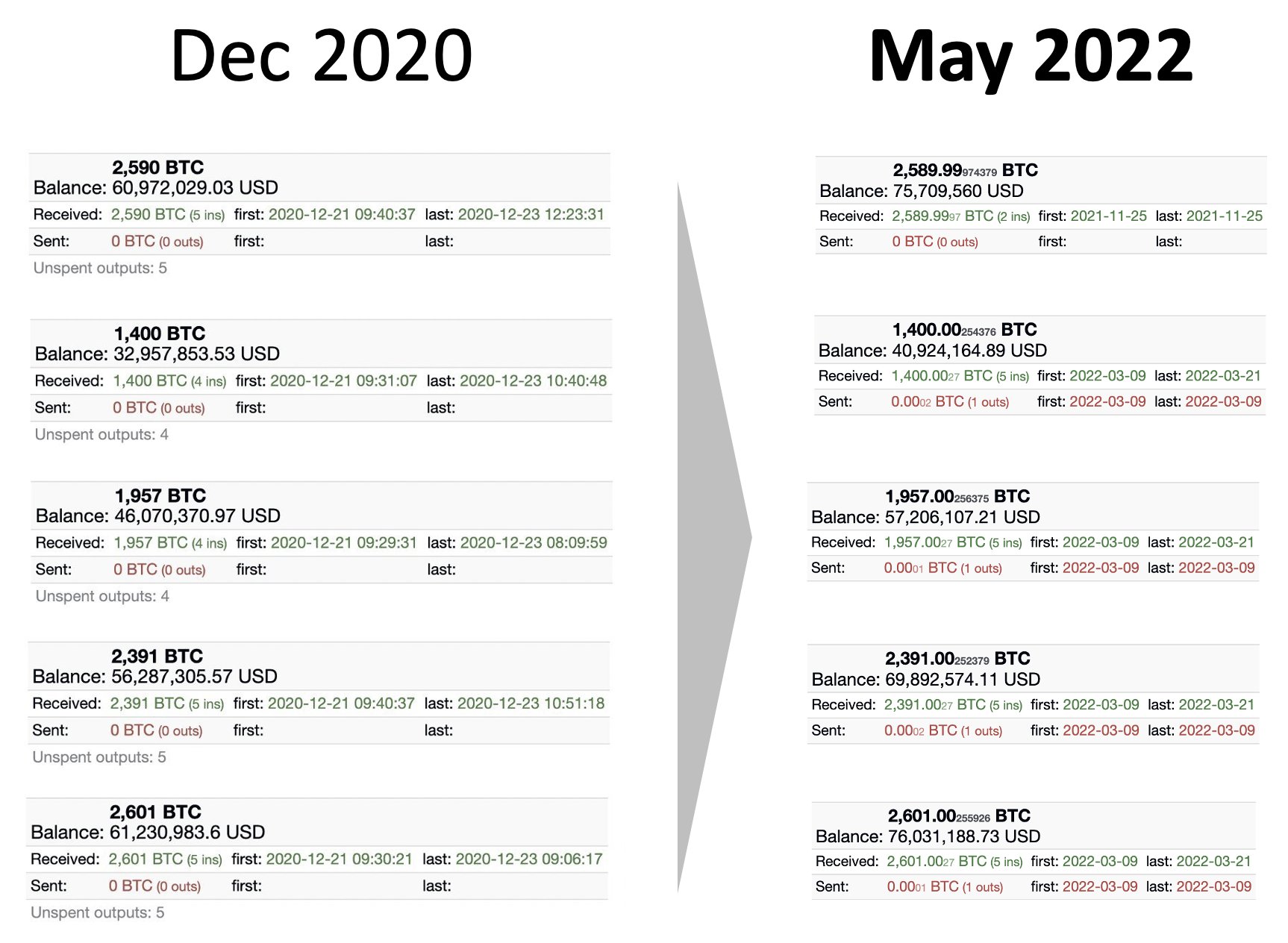 If this is the case, these institutions are sitting on a 30% profit from their BTC investments right now. Meanwhile, their refusal to unwind their Bitcoin positions, despite the fact that BTC/USD has fallen by more than half, demonstrates their strong “hodling” attitude.

This also suggests that institutions will be able to withstand further Bitcoin price declines, at least until the price falls below the investors’ breakeven point of $23,000.

Is the Bitcoin bear market still going on?

Since May 12, Bitcoin’s price has been fluctuating within the $29,500-$30,500 range, highlighting the market’s indecision in the face of higher interest rates. However, several technical analysts believe that the price of Bitcoin will continue to fall.

For example, as shown in the setup below, PostyXBT, an independent market analyst, believes the token will next fall toward its 200-week moving average (the $20,000-22,000 range). 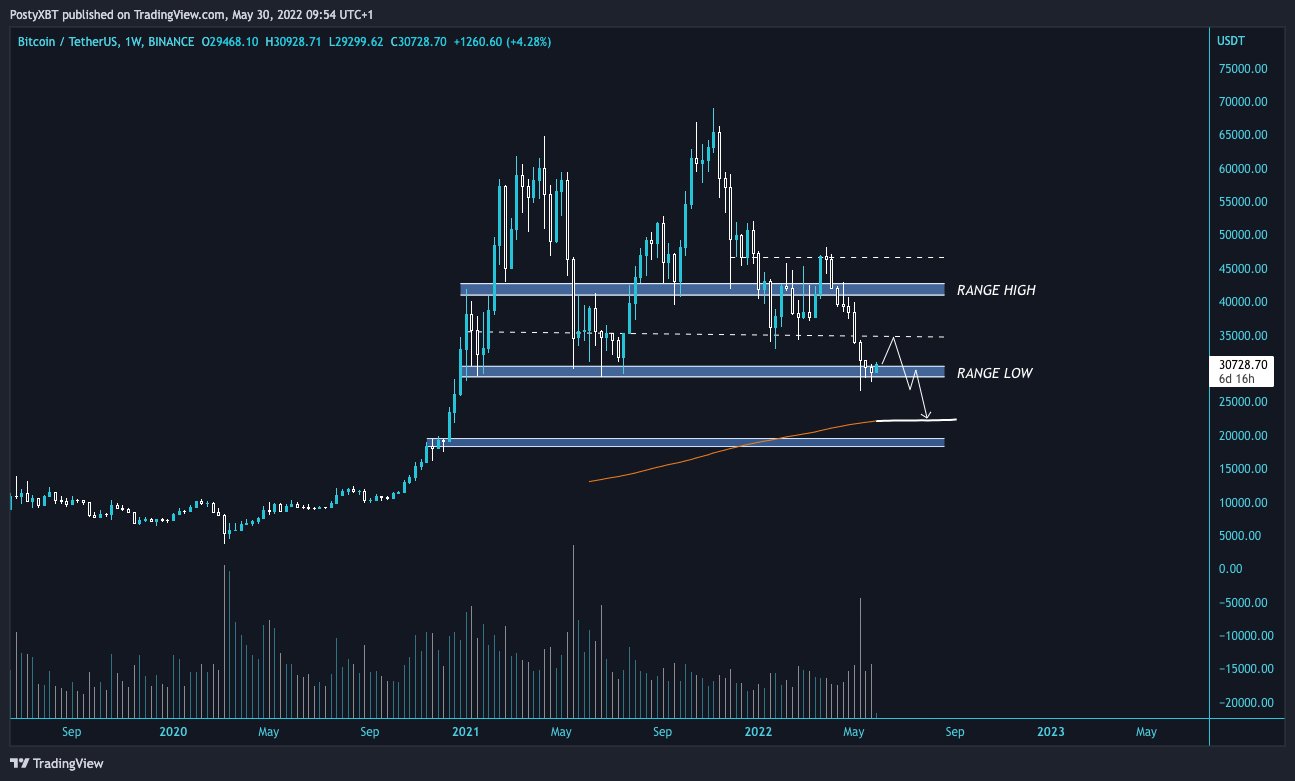 Meanwhile, Rekt Capital, a popular analyst, believes that a drop toward the 200-week MA could result in Bitcoin forming a bearish wick, lowering its price to as low as $15,500-$19,000.