7 Russian banks will be cut off from SWIFT, with ramifications for regular Russians 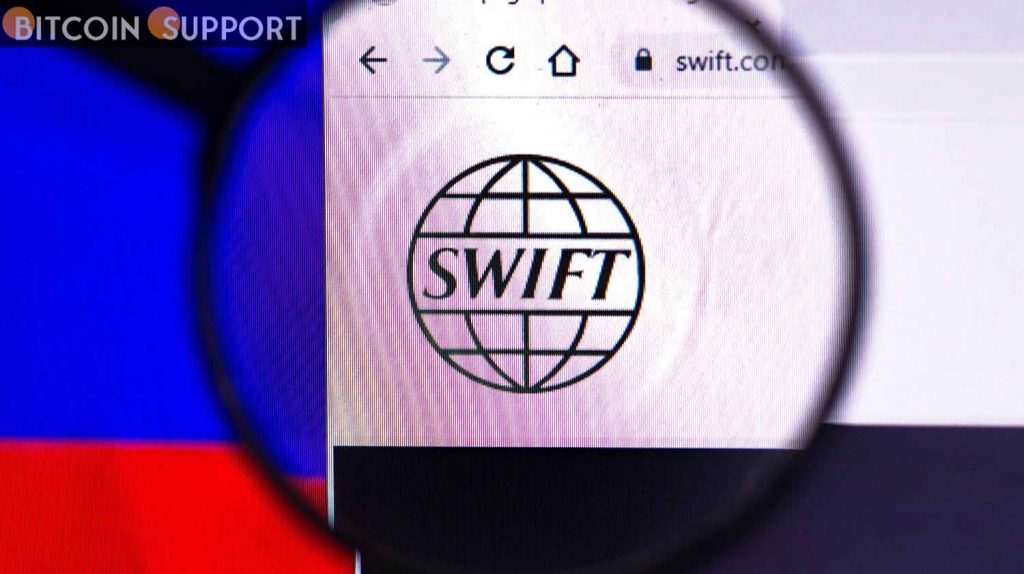 Inflation in the eurozone jumped to 5.8% in February, far beyond the European Central Bank’s target of 2%, owing to the escalation of sanctions against Russia.

The European Union stated on Wednesday that seven Russian banks will be removed from the Society for Worldwide Interbank Financial Telecommunication, or SWIFT, messaging system within 10 days.

VTB Bank, Russia’s second-largest bank, is among the sanctioned banks, along with Bank Otkritie, Novikom bank, Promsvyaz bank, Bank Rossiya, Sovcombank, and VEB. Russian banks and, by extension, the Russian economy are likely to suffer catastrophic losses if they do not have access to SWIFT, a Belgian messaging system that connects over 11,000 financial institutions worldwide. For example, after being blocked from SWIFT in 2012, Iran lost 30% of its overseas commerce. Sanctions, on the other hand, have a more destructive effect on a nation’s citizens when viewed in perspective. Although no one knows for sure, estimations put Russian President Vladimir Putin’s net worth at billions of dollars, implying that he can continue to live a very opulent lifestyle even if the vast bulk of his net worth is decreased as a result of the punitive measures.

The Russian people, on the other hand, cannot be said to be in the same boat. The Russian currency has lost about 30% of its value since the invasion of Ukraine began last week, according to XE statistics. The economic consequences are alleged to have wiped out ordinary Russians’ savings. To make matters worse, the EU has barred Russia from receiving euro banknotes. Crypto trade volume is growing, thanks in part to strong demand from Russia and Ukraine, both of which are facing serious currency destabilization concerns. In countries facing escalating sanctions, stablecoins, in particular, serve a critical role. In the face of continuous hyperinflation, Venezuelans have described to the media how they sustain their families by converting their local wage into Tether (USDT) via an app called Reserve.

Similarly, “Ardashir,” an Iranian crypto phile whose name has been changed to protect their identity, has stated that digital currencies had become a crucial tool for accessing services in the face of the country’s sanctions:

“Visa, Mastercard, or any other sort of credit card is not accepted here.” As a result of Bitcoin and cryptocurrency, we may purchase products such as Xbox, Apple gift cards, VPNs, flight tickets, and so on.”

“If you want to buy, for example, a box of matches today, it’s better to wait until tomorrow when the real value of the toman lowers,” Ardashir said when asked if crypto plays a part in combatting the inflation of the Iranian toman. People seek to save their money’s worth by using digital currency.”

The Russian ruble PLUNGED to a new all-time low of 122.24 RUB/USD while trading today. Conflict with #Ukraine is taking its toll on the ruble, which has now lost as much as 37.7% of its value against the USD since Jan 1, 2022. At present, I measure #Russia's inflation at 78%/yr. pic.twitter.com/wKO4hylHwA